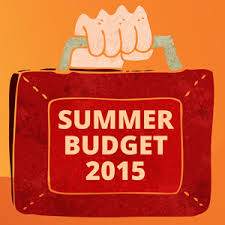 Have you been left wondering why we’ve just had yet another Budget this year and what it all means for sole trader businesses and you personally?

We did have a Budget back in March this year but after a new government has been elected the Chancellor traditionally has to announce a new one.  The difference was that on the 8th July the Conservatives delivered their first Budget as a majority government – the 2015 Summer Budget.

How did sole traders fare?

If you’ve been operating as a sole trader, you’ve fared better than a sole director of a limited company (with no employees). The Budget last week announced two measures that will increase the tax bill for one-man-band companies – a change to the dividend tax regime and a loss of the employment allowance.

If you have financed investment properties (including single buy-to-lets) with a mortgage and/or receive more than £5,000 in dividend income you probably don’t have much to smile about either. So, was there any good news for sole traders?

Lets take a look at the main changes affecting individuals and sole traders.

All the main rates of tax affecting sole traders including Income tax, National Insurance and VAT, will be frozen at their current rates of tax until 2020.

3 National insurance for the self-employed 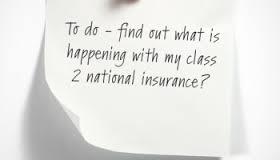 Earlier in the year it was noted that reform was proposed for Class 2 NI and Class 4 NI.  I have covered the initial proposals here. We will have to wait until later in the year (Autumn 2015) before more detail is given.

If you employ anyone in your business the government currently gives  £2,000 tax relief called the Employment Allowance for Employers Class 1 NI. This is to be increased to £3,000 from April 2016.

From April 2016, the Chancellor is to introduce a new National Living Wage where businesses will be forced to pay at least £7.20 per hour to staff aged over 25. This compares to £6.50 per hour under the existing minimum wage.

Changes to personal and property tax

Some of the bigger changes will affect individuals who have financed buy-to-let properties with a mortgage and who receive dividend income.

Currently, if you are a basic rate taxpayer you pay no additional tax on dividend income. However, from April 2016, dividend tax credits are to be replaced by a new dividend tax allowance of £5,000. Any dividend income over that level will be taxed at the following rates:

This represents a significant change to the way dividend income has been taxed. If you receive dividend income of more than the exempt band of £5,000 you may want to think about investing in ISA’s. With ISA’s there is no additional tax on dividends. 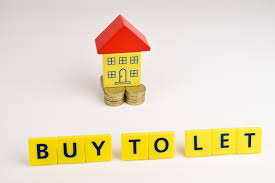 At the moment you can deduct all the interest you pay on a loan to finance buy-to-let property.  But, from April 2017 you will only be able to deduct a restricted amount of interest from your profits. By 2020 the maximum deduction will be 20% of your interest payments.

If you are a higher rated tax payer you will be paying more tax on your rental profits than previously.

Don’t forget the marriage allowance and the personal savings allowance

Both of these allowances were announced in the March Budget. From April 2015 married couples or civil partners are able to transfer 10% of their personal allowance to their spouse or civil partners (but only if they are a basic rate tax payer). You can register your interest here

Will tax become any easier for individuals and small businesses?

This is the intention and I touched upon this in an earlier blog “will sole traders still need to complete a tax return?”. The detail has yet to be fleshed out but the government has undertaken to publish a “roadmap”, before the end of 2015, detailing how reporting and payment of taxes can be integrated with day-to-day business processes to allow digital reporting to replace the tax return.

Are there any scary bits? 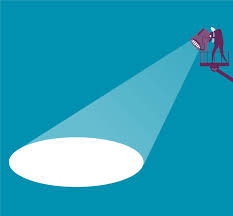 It is worth noting that the government has committed to investing a lot more money (£300m) into tackling non-compliance by small and medium sized businesses (this includes micro-sized businesses).

If you are operating a hobby business and are not sure where you fit into the tax regime, you can read my blog here. Take note as  HRMC’s  powers are to be further extended to acquire data from online intermediaries and electronic payment providers to sift out those operating in the hidden economy.

Sole traders haven’t fared too badly in the 2015 Summer Budget but will be subject to a huge change in the way they report and pay tax in forthcoming years. We will have to wait until the end of the year for more detail.

From April 2016 individuals will be able to receive up to £17,000 of income per annum tax free. This is made up of £11,000 personal allowance, £1,000 savings allowance and £5,000 exemption on dividend income. If you are a higher rated tax payer and have financed buy-to-let properties with a mortgage you will have to pay more tax on your rental profits.

If you’ve found this blog useful and want to sign up to more helpful tips and inspiration, you can do so here. If you’re totally baffled by both tax and what you should be doing accounting wise as a sole trader, take a look at what I’ll be covering in my next workshop here.

How is the 2015 Summer Budget going to affect your small business? Is there anything that will affect you that hasn’t been covered in my blog? I would love to hear your story in the comment box below.